Check out this pleasant and tasteful use of the Copperphone during a live recording session at the Guardian Studios in London with Cat’s Eyes.

Queens of the Stone Age bassist, Michael Shuman, is using the Copperphone as an effect mic for his backup vocals. Check out their performance from the 2010 Lowlands Festival. The Copperphone can really be seen/heard starting around 2:05 till the end of the video.

This happened back in 2004 and we’ve been looking for the original newscast footage ever since.  It finally popped up on YouTube recently.

For their 2010 Time Machine tour, Geddy Lee and Alex Lifeson each have a Copperphone Mini mounted on their mic stands to capture the crowd during live recordings of the shows. 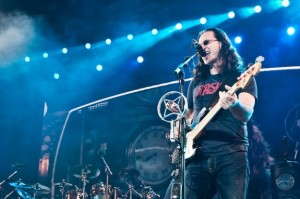 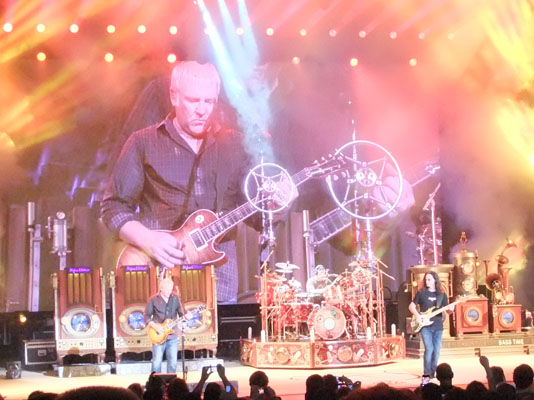 Producer/Engineer Jacquire King uses the Copperphone alongside  a Telefunken Ela M 251 for Norah’s Vocal Set up: 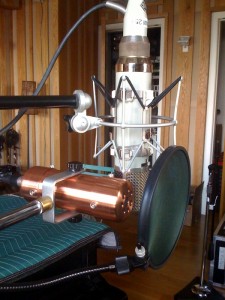 Watch a short interview with Norah and Jacquire and see the Copperphone in action during the session here. 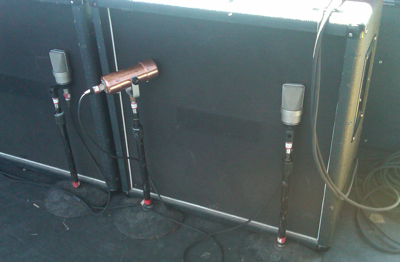 Dan ended up using a few Copperphones to achieve an ‘old-timey’ orchestra sound for the intro black and white sequence of the animated Pixar movie, “Up”.

Here are a few photos from the session. Dan took the previously recorded orchestral tracks and re-amped them through a few Copperphones to get the desired effect. 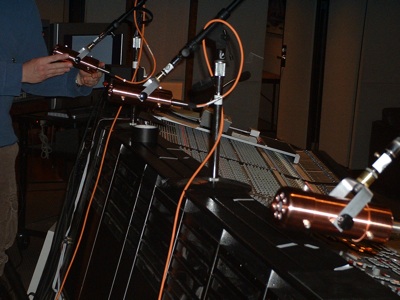 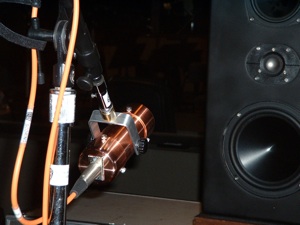 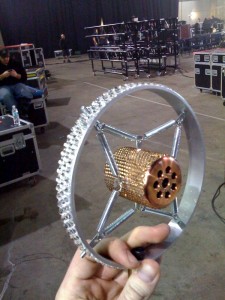 Below is the front cover of the 2008 issue of Recording Magazine and the corresponding article.  To read the text version of this article please go to Reviews.

Looks like Jack is using the Copperphone in the latest Raconteurs video, “Salute Your Solution”.

Placid Audio was started in Dallas, Texas by bass player and engineer Mark Pirro (Polyphonic Spree/Tripping Daisy) in 2003 as a vehicle to facilitate small batch production of his first prototype microphone, The Copperphone. With emphasis on durable build quality, attractive design and distinctive sonic character, Placid Audio has been honoring these aspects as the company has grown over the last several years.